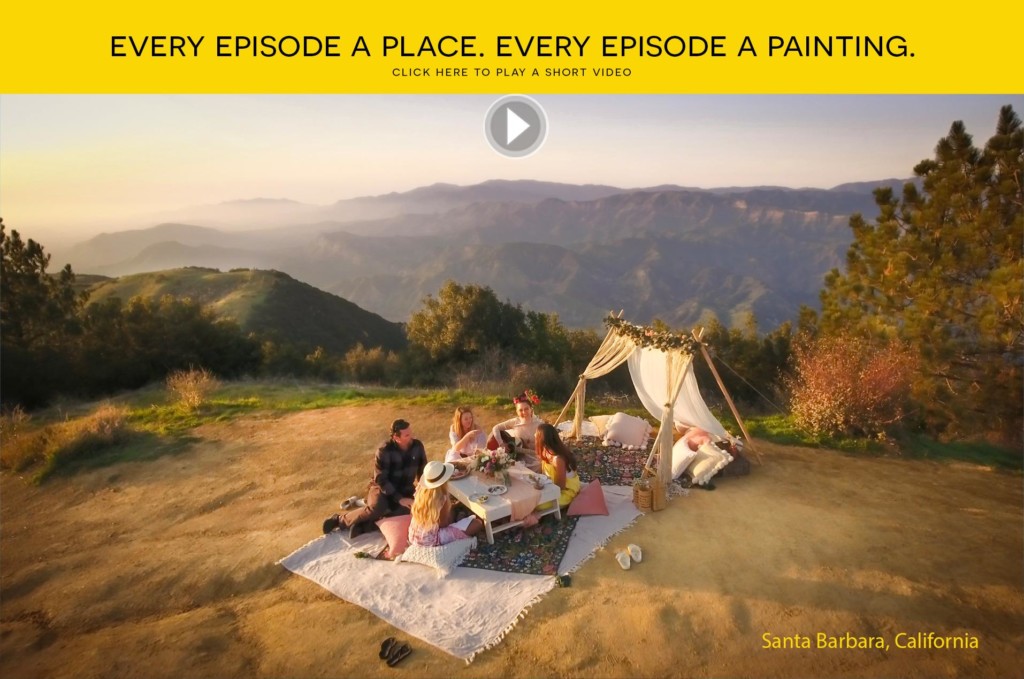 Santa Barbara’s climate is often described as Mediterranean, and the city has been promoted as the “American Riviera”
Spanish colonial heritage Santa Barbara is a city on the central California coast, with the Santa Ynez Mountains as a dramatic backdrop. Downtown, Mediterranean-style white stucco buildings with red-tile roofs reflect the city’s Spanish colonial heritage. Upscale boutiques and restaurants offering local wines and seasonal fare line State Street. On a nearby hill, Mission Santa Barbara, founded in 1786, houses Franciscan friars and a museum.

Santa Barbara is The American Riviera® because of its year-round, Mediterranean-style weather on sandy beaches, beachfront walkways and world class wine trails. Santa Barbara has wanderlust written all over it, whether you’re exploring the harbor, channel islands or the Santa Ynez mountains as a dramatic backdrop. Once you set foot in this fair city, you’ll want to come back again and again.

Accomodation Partner:
The Franciscan Inn
The Franciscan Inn began as a Spanish-style house on a beachside ranch in the 1920s. It now welcomes guests in charming rooms with kitchenettes, all within a very easy distance to all neighborhoods in Santa Barbara. You’ll enjoy warm hospitality along with Santa Barbara’s world-renowned attractions and legendary climate.

On a nearby hill, Mission Santa Barbara, founded in 1786, houses Franciscan friars and a museum.
More than 200 years later, the Mission continues to be the chief cultural and historic landmark in the city of Santa Barbara.

Visit The Funk Zone, a storied area located between the Pacific Ocean and Highway 101 that is home to artisanal restaurants, wine-tasting rooms, award-winning craft breweries, distilleries in renovated warehouses, and tucked-away galleries. This area is also serves as the epicenter of the Urban Wine Trail — a self-guided trail of 20+ tasting rooms pouring Santa Barbara County wines, which makes getting to know our wine country fun and easy. Stop on in at community arts organization The Arts Fund.

Channel Islands National Park
Ferry service is aboard modern catamarans operated by Island Packers, the sole transportation concessioner to Channel Islands National Park. You can visit East Anacapa Island for the day, or visit Santa Cruz Island for the day. From about February through April the grasslands of Santa Cruz Island are green and native flowers are in bloom. Scorpion Canyon and the Potato Harbor trail are excellent places to see wildflowers.

Best Whale Watching in Santa Barbara:
Pacific Gray whales are the staple of the winter season during their epic migration between the Arctic and Baja California. We also encounter long-beaked common dolphins on most trips throughout the year usually in pods ranging from a few hundred to several thousand.
In the summer you may catch a sight of the imposing blue whales, the largest creatures to ever inhabit planet earth, undisputedly the stars of the show. The Santa Barbara Channel is consistently the most reliable and easily accessible location in the World to see this species. Humpback whales are a close second with their joyful surface displays and regular interactions. The trips are narrated by our experienced and knowledgeable captains and we also have naturalists from the Channel Islands Naturalist Corps aboard to answer your questions and to collect scientific data that is shared with researchers.

Fish Market
Visit Paul and Ron and other fisherman Saturdays at 6am to 10am. Try out a live sea urchin from Stephanie on the pier near Brophy’s Restaurant.

Our favorite Santa Barbara Waterfront Restaurant: Toma, it is artistry in culinary and wine delights.
Enjoy Italian and Mediterranean dishes in a romantic atmosphere.

Support local farmers, pick up fresh flowers and buy some local honey at the Farmer’s Market,
Tuesday 3pm, on the open streets of the 500 & 600 blocks of State St.

Picnics are quintessential Santa Barbara Culture. If you’re looking for that California luxury outdoor social experience
then Santa Barbara Picnic Co is perfect for any gathering! They can custom create picnics styled to the vibe or occasion
that you wish to celebrate.
Email Santa Barbara Pic Co.
Instagram

Music by Luminesse Divina
Singer-songwriter based in Santa Barbara, CA. With the voice of an angel, her Neo-Soul-Jazz flow brings joy, freedom, and light to listeners.
Spotify
Apple Music
Instagram

Measure the heartbeat of a beehive with Eyes On Hives.  Kelton Temby’s is so passionate about this issue he built a technology from scratch to better understand what was happening at bee hives, alert beekeepers to changes, and help them understand their bees with software that measures hive activity, and gives video playback and alerts through a web app. 1 in 3 bites of the food we eat depends on bees, and current colony loss levels are unsustainable. Eyesonhives helps beekeepers help their bees healthy.

Where to Eat:
You could eat at Toma’s every night, but it is only open for dinner, so we have two more lunch recommendations:

With a double-sided bar looking out over the harbor, and the spirited atmosphere of good times and great people,
Brophy Bros in Santa Barbara is great for brunching and lunching!